The public educational system, in the past several decades, became utilitarian, i.e. more oriented toward practicalities and less towards general humanities because those were and still are considered, by the utilitarian “philosophers”, as non-essential for human progress in the 20th or 21st century.

In the same way, it became a very secular school system. Make no mistake: while we fully support having a secular system, that also had an unexpected collateral effect: many artworks and literary masterpieces suddenly became unintelligible for the majority of the students because they don’t understand anymore biblical references. 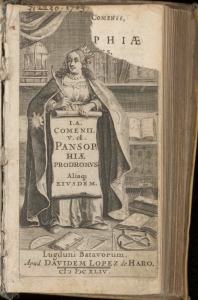 The same goes for the language: since we are (mainly) an English-speaking country we should know more about its history – and this statement doesn’t go against the multicultural character of the society as a whole, because even in the most diverse societies, there is always a need for a “lingua franca”.

Interestingly, that phrase, lingua franca meant in Latin the language spoken by the Franks, a Germanic tribe that ironically, gave the name to France… so the lingua franca was actually the common language that every tribe, every inhabitant of that land was able to use as a common denominator and as a general tool for communication among various entities, a pidgin of the medieval times.

As an English-speaking country… one would expect that someone would consider it necessary to learn the history of the language, including its classic forms – since the English renaissance, which means from the Elizabethan era, with the KJV (King James Version): probably as the most known, most cherished and the most revered English translation of the Holy Book of Christianity and Judaism; and in the same time with texts by Shakespeare and his contemporaries, and later on some study of the style and the adornment of the literary works and of sentences during the Victorian era. That was an eloquent idiom well-known and accepted by the educated men and women of the period and is reflected in most of our rituals.

As it seems, and I may be wrong, these things, like history of art(s), history of the ancient (Old) Greek styles or orders of architecture, including their Roman additions; and the re-discovery of these basic architectural elements, like columns, during the Renaissance time – are all a lost art among the younger generations.

And in the same time there is a lack, a total lack of any knowledge of the ancient Greek mythology or the ancient Roman mythology, which is kind of mirroring the Greek one.
In the medieval universities where they were teaching what we mention very superficially in the 2nd degree lecture – the seven liberal arts and sciences –, was considered the basic of the education and formation for the young men that went through formal education…

Through old Greek and Latin, with the very strict grammar rules they also acquired a very disciplined way of thinking, using logical structures, and in the same time a very rich way of expressing themselves through the language by using proper grammar; and by reciting it loudly, as rhetoric requires, they learned the art of public speaking.

All these things disappeared from our contemporary education – just as they did in the whole world!

Back to the lodge and Freemasonry. Here is what happens when a young man, a very nice, and even ‘educated’ and knowledgeable young man knocks on the door of the lodge: If they are found worthy, i.e. a good fit and a good man, with a potential to grow into a good Mason, then we accept them, we initiate them, they go through the ritual of being initiated… and this rich ceremony, linguistically very rich ceremony, adorned in a very Victorian style, with a sometimes convoluted language hits them in the head like a hammer. Nobody gets it on the first night.

With its countless references to biblical stories, with countless hidden or overt references to ancient philosophical schools, from Plato and the Platonic school, including Neo-Platonists, to Stoics, and then ideas from the Renaissance era, like Pico Dela Mirandola and many others… it is not easy to digest.

There is also in that “mix” the effects of the influential thinkers of the 1600s, when the basics of our present system evolved: from Sir Francis Bacon’s scientific method to Newtonian alchemy and mathematics, from antiquarians like Ashmole to the father of pedagogy (Comenius, a Moravian brother), from the founders of the Royal Society (de facto the academy of science of England) to the early representatives of the Enlightenment… all can be traced in our texts.

In the contemporary literature phrases (topos as the Greek would say) like the Temple of knowledge, the Temple of encyclopedia, the Temple of wisdom (Templum Sophiae) together with utopist dreams about the perfect society, which was meant to be a New Jerusalem… were omnipresent subjects.

It is worth noting that (according to a common misconception) it was believed that the old, ancient Jerusalem and King Solomon’s Temple – yes, that temple! – in it was the repository of all the human wisdom and knowledge (remember, Solomon’s epitheton ornans was wise) … it was in the air, so to speak, to re-create, to re-build that Temple of Wisdom, that Temple of the human knowledge that encompasses everything.


And these very educated, very learned men… the forefathers of Freemasonry (and I am talking mainly about the English Freemasonry because the Scots and the Irish brought a different tradition into the mix and that could be the subject of another presentation) so, all these ideas in the English Freemasonry, together with practical, although a bit mystical Christian (Catholic) inheritance handed down from the stonemasons’ guilds and operative lodges, created a phenomenal mixture, a phenomenal novelty, a phenomenal fermentation of ideas and philosophies and worldviews. And inside the walls (intra muros*) instead of killing each other – as it happened outside the walls – because of different approaches to deity, to the tenets of Christianity, (actually, at that time it was only about different factions of Christianity, nobody thought anything about religions and beliefs outside of Europe) they created this almost unreal micro-cosmos of the lodge. The question is: do we still have it?

So, the aforementioned young men come to the lodge and they discover all these very fascinating things (like the three columns, symbols of wisdom, strength and beauty and belonging to different ancient “noble” orders of architecture) but they lack the mental image of the three different Greek styles; they have difficulties understanding biblical references; and they don’t understand mythological references; and they don’t understand the literary tools applied in the compilation of the texts…

When they discover in the ritual and in the lodge all those topics they never heard of, they develop this misconception that EVERYTHING was invented by Masons (including the ancient arts and orders) and they are not able to tell history from myth, reality from legend, genealogy from similarity… And finally, they fall prey to unscrupulous self-appointed experts that feed them myths and legends (in expensive toms) instead of real education and knowledge.

We failed them twice. Once the school system didn’t prepare them to understand all the references in our ritualistic texts.
Secondly, we failed them in the lodge. By not providing mentors. We care only about their memorizing the mandatory passages: to “get ready”. It never is about understanding. There are very few who could teach them, mentor them, explain them… and not every lodge has enough of such Masons.

Without mentors you will never ever mentor any new knowledgeable Mason. They will grow old just as uninformed as those that initiated them have been for ages. And that’s how you get those voices among Masons asking, “why don’t we modernize?” “why don’t we make it easy?” “we should dumb down the ritual, the text”…

Is this really the road that we want to take? Or are we doomed to take it?
I hope not. 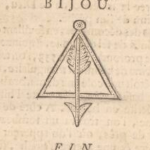 How the school system failed Freemasonry

2 thoughts on “How the school system failed Freemasonry”